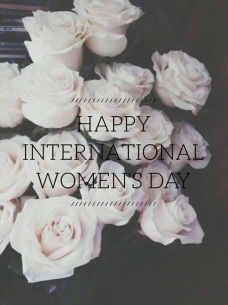 It’s International Women’s Day today and there is so much to celebrate. We’ve come a long way. Still, I’d like to focus for a bit on the struggles women still continue to face in everyday life. In my 22 years of living, I have encountered countless situations of gender inequality. If I asked any woman on the street to recount her experiences, I’m sure she would come up with a number of examples as well. On this day, I’d like to share a few personal stories to illustrate my point.

Age 8: My parents thought it would be a good idea for me to take up karate. They understood the challenges of the world and felt it necessary to teach me strength, both physically and mentally. I grew to love karate and practiced the art regularly. I wanted to continue succeeding, so I asked my instructor if I could become a part of the regular sparring matches that took place in our studio. He was hesitant. In his eyes, I was too young, too weak, too feminine. How could he allow his female pupil to get trampled by the boys? Would it be acceptable for him to let a boy hurt me? I didn’t possess these fears. I possessed the will to be the best of my class and I would stop at nothing to achieve that title.

With thorough convincing, my instructor allowed me to spar. Turns out, I was pretty good. He watched over me much of the time to ensure I didn’t take too many hits, but I was always fine. As I continued to practice, I became stronger and more nimble on my feet. I began to beat all the boys in my class and more often than not, I left them crying. My instructor named me Fireball and would continue to call me as such for the remainder of my time there. About a year later, it was clear I was excelling past the level of my fellow students. I would be no longer allowed to spar for the reason of being too good. Ironic, right? I didn’t want to quit though, so my instructor and I reached an agreement: I could spar, but only with the boys in higher age ranks. Picture a nine year old girl sparring with a 15 year old boy. It’s an almost comical illustration. Still, I held my own and excelled. I distinctly remember losing badly once in my time at the studio. I got kicked in the stomach so hard I couldn’t breath and I involuntarily threw up from the pain. Considering all of the sparring matches I had been a part of, I was pretty pleased with my success rate. When I left the studio for good, my instructor told me I was the best student he had ever had. This was only the case because I fought hard to prove myself.

Age 14: It was time for me to find a job. Arguably, I was a bit young, but there were an assortment of under-the-table farmhand positions up for grabs in my rural hometown. I was hired to work on a tobacco farm and I couldn’t have been more excited. At that time, I was one of three girls. Our jobs were to hang the tobacco leaves on the backs of the trailers. The boys had different tasks. They went out to chop the leaves with hatchets, drive the tractors and somehow find the time to help us with our simple, menial assignment. I asked the boys if I could join them, but the answer was always no. Girls couldn’t chop. They weren’t as fast, as clean to cut, etc. They just weren’t built the same. I finally took my inquiry to my boss and challenged him.

“If I can keep up with the boys while chopping lines, can I go out with them?”

He hesitated, but had no reason to say no. Besides, he knew I wouldn’t keep up. It was impossible. My boss challenged me to chop three lines of tobacco. If I could do well and keep up with the rest of the pack, one of the hatchets from the big, white bucket would become mine. I took to the row and began chopping. Three rows later, I had done it. My boss was shocked, but he kept up to his end of the deal. After that, no one ever saw me without a hatchet. I was aptly named Crazy Chop due to my fierce swing. I loved that nickname. We would often race and by mid season, I would always come in first. One summer later, I was driving the tractors before most boys were ever even asked. I was only 15 at this time, but rural America plays by different rules. Again, I had become the favorite and it was not by luck or chance. 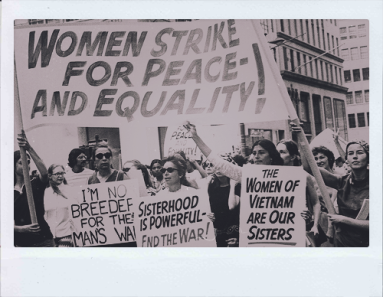 Age 17: I found myself working inside a theme park. I had been there about a year at this point and was ready to expand my skill set. I wanted to become a drummer. When I announced this, I was met with a few quizzical looks. Girls didn’t drum. In fact, to my knowledge, there had only ever been one girl drummer and no one spoke very highly of her. I didn’t care. I was going to drum. I knew I was disadvantaged in more ways than one. I couldn’t read music to save my life and auditions were only two weeks away. My good friend Ben met up with me a number of times to help me prepare. I am still so grateful for him. In all honesty, my audition wasn’t great, but I gave it all I had. Two weeks later, my supervisor let me know that I was selected, but would be watched under great scrutiny. In other words, if I could keep up, I could perform. I was overjoyed. To make things even better, I found out another girl was selected as well. Two girl drummers. How incredible. I practiced my pieces every single day. I banged on trash cans, couches, anything I could find. I memorized everything without ever glancing over a music sheet. I owe so much to my supervisors and fellow team members for allowing me a chance. To this day, I still remember every beat and pattern, but boy, did I work for it.

Age 19: College was quickly approaching and I needed to save up. I took up a second job at a restaurant and began as a hostess. The job was fun, but I wanted more hours. My manager explained that if I could learn to bus tables, he would schedule me. I eagerly shadowed my coworkers who of course, were all men. Some of them encouraged my willingness to learn. Others laughed right in my face. “What makes you think you can bus? Can you even pick up a table? What about a bucket of ice?” I was coerced into proving myself, yet again, by displaying acts of strength. I could carry the bucket of ice and with help, I could lift the table. Even still, some of the men were not convinced. I was a hostess. I should stay one. I never did end up busing tables, not because I was deterred, but because new opportunities presented themselves.

Age 22: Here we are. Living in the present. I am now 22 years old and I’ve had six internships. Internships mean having interviews, most often conducted by phone. More often than not after saying hello, I was greeted back with, “Oh, so you’re a girl.” Most people assumed my gender as my name is considered unisex. This sometimes makes me wonder if I get an advantage out of recruiters assuming my gender as male. I probably do.

The field of public relations is typically female dominated, which can be refreshing in many ways. However, I can’t tell you how often some of the women (and few men) complain about it. They often express the feeling that we have too many women in one place and jump at the chance to hire more men. Yes, you’re reading that correctly. It boggles my mind too. Now I will soon be faced with new challenges. I plan to enter a field that is a bit more male dominated. I will be competing at higher levels and displaying more intensive skills. My fight for gender equality will only become more difficult from this point on.

I share these somewhat negative experiences to prove that change, no matter how small, is possible. I have become the best version of myself through facing various forms of gender inequality. I am stronger and smarter than I would have been if left unchallenged. Women can fight back and they can succeed. It certainly isn’t easy and there is still a great deal of work to do, but we must press on. The highest glass ceiling still has not been shattered, but I am convinced that one day, we will all have the same view of the stars. So many incredible women have paved the way for us and it is our turn to make progress for ourselves and future generations. Let International Women’s Day bring you a sense of strength and empowerment. Continue to fight the good fight. Show everyone who’s boss.

“Remember the dignity of your womanhood. Do not appeal, do not beg, do not grovel. Take courage, join hands, stand besides us, fight with us.” —Christabel Pankhurst