Has your love affair with Meatless Monday finally escalated to a recurring week-long commitment? Whether you’re going vegan, vegetarian, pescatarian, flexitarian, or something in-between, the process of adjusting to a brand new diet can be a huge challenge. Adopting vegan values absolutely changed my life, but I’ll be the first to admit that I’ve had to jump a few hurdles to make my diet work. There are plenty of pros for going plant-based, but a simple Google search can tell you that. Today I want to share my 5 biggest vegan venture obstacles to give you a better idea of what you might encounter in the beginning.

Every human body is different and will respond differently to change. A lot of people experience easy, breezy, beautiful transitions to a new diet, but for me, that was not at all the case. Now, when I decided to cut off meat and dairy, I went cold turkey (pun intended). And while I don’t really recommend it, I knew it was the only way my stubborn self would truly succeed. I thrive on snapping my fingers and making aggressive changes to my life, but I also recognize this is not in everyone else’s best interest.

While I had previously eliminated red meat from my diet and was eating a very small amount of chicken per week, cutting out dairy was brand new to me. I didn’t realize just how big of a toll that would take on my body, but boy, was I in for a surprise. Skipping the gruesome details, I had about 2-3 weeks of nearly unbearable stomach pain. I was going to the bathroom 5-6 times per day and was dealing with chills, sweats, the whole nine yards. It felt like my body was fighting a serious flu and trying to flush everything out. I went to my primary care doctor to discuss my stomach issues, but he assured me it was all relatively normal. Luckily, not long after that visit, things finally began to shake out. My body had re-calibrated to my new plant-based diet. This would not have happened had I eased into things and made smarter adjustment choices, but I later realized that having such a terrible transition would deter me from ever wanting to go back to my old ways, so some good did come out of it. 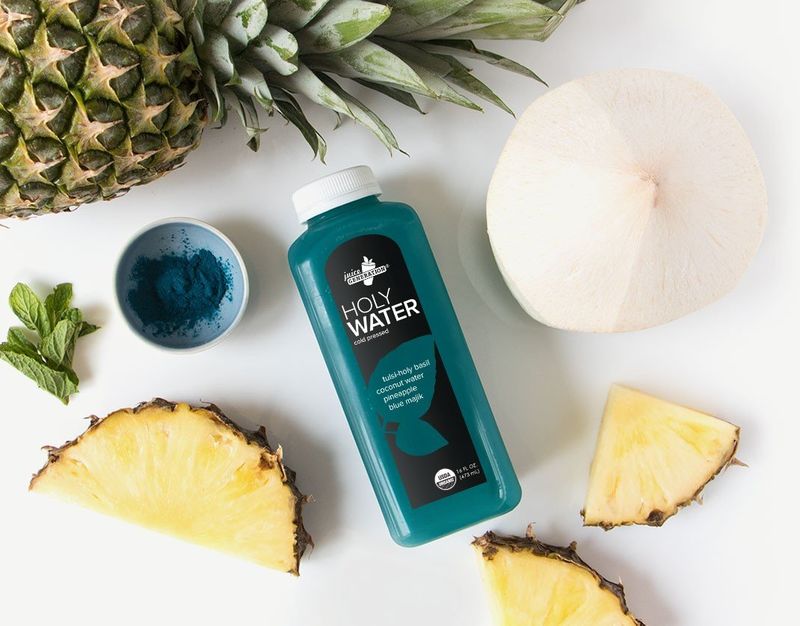 There have been a lot of conflicting, controversial findings about plant-based diets linking to depression and anxiety. While most of what we hear is pretty inconclusive, it’s not a bad idea to educate yourself on the overarching discussion. Some studies have expressed an increased risk of depression and anxiety after cutting meat out of their diets, and some report higher levels of OCD/ED tendencies, but the evidence as to why is extremely spotty. Some experts believe meat is needed for healthy brain function, though others argue the large amounts of hormones, antibiotics, and other mystery chemicals found in meat and dairy can contribute to the change in mental state when removing it from a diet.

My primary care doctor explained to me that switching to a plant-based diet could increase the intensity of my anxiety and depression, as I was already predisposed and experienced to those behaviors. He was right. My mood was intensely different for about a month (though, this wasn’t completely driven by my consumption. There were other factors, too.) But eventually, it leveled itself out.

Many speculate this potential increase in anxiety, depression, OCD, and ED can be directly related to the new limitations and restrictions we’ve placed on our own shoulders. It may have nothing to do with the food itself, but everything to do with the way we accept this new change. People also report noticing no change in mental state at all. The short version? These links are inconclusive and we don’t really have many answers. However, it’s important to be aware.

When switching to a new diet, the preconceived notion is often to subtract. “I will remove meat and/or dairy from my diet and that’s that!” Unfortunately, it isn’t that easy and you’ll burn yourself to the ground with your vast limitations. While subtracting is a big part of the switch, you need to add, too. Any value that is lost in the foods you are removing need to be added back in other ways. This may mean doubling down on leafy greens, incorporating more beans and rice into meals, or even supplementing with pills like iron and B12. You need to keep track of what you’re putting into your mouth to understand what’s missing. In fact, deficiencies can lead to pretty substantial problems in the long run. Using a fitness tracker can help determine the changes you may need to make. There is a huge learning curve here, so don’t get too discouraged!

If you’ve eaten meat and/or dairy for your entire life, you can’t expect to avoid every possible slip-up. You just need to learn not to cry over spilled milk (almond, coconut, hemp, etc.). Whether you accidentally miss an ingredient on a box or barbarically devour a double bacon cheeseburger, it’s not the end of the world. In fact, I think it’s a healthy part of the process.

Early on, I discovered I have anemia due to an iron deficiency (another hazard to my going cold turkey). It wasn’t a big deal, but I was still trying to manage my iron levels. One day, I felt fed up and barbarically devoured a double bacon cheeseburger (as mentioned above) and I knew that was the last time I would ever give into that kind of temptation. I really regretted it, both in the mind and body. I felt disappointed in myself and I realized I didn’t even have the taste for meat anymore. It just didn’t appeal to me. More importantly though, my body reacted in the most violent of ways. I won’t get graphic, but just know it was bad. After that, I knew I had learned my lesson. It’s okay to have those moments because they bring you back to your home base. They remind you why you do what you do and they can strengthen your ability to make positive choices in the future.

From incorporating new foods and cooking new dishes to jumping your own set of personal hurdles, every day is a learning experience. It takes time, energy, and commitment to take your diet to the next level, but in my opinion, the rewards are so worth it. I’ve considered myself a vegan just under a year now and in that time, my appreciation for living creatures, nature and the environment, and my body have skyrocketed. I feel more at peace with myself with a distinct sense of pride for doing the right thing. I would recommend this change to anyone.

So whether you’re going vegan, vegetarian, pescatarian, flexitarian, or something in-between, it all matters. It all makes a huge difference in the world. Sure, you’re going to encounter new challenges that you’ve yet to face, but the pros can absolutely outweigh the cons. You’re living a life that promotes a healthier version of yourself, while also protecting animals and the environment. What could be better?

For many meat lovers, the thought of giving up that juicy steak is daunting. Unfortunately, with its high carbon emission production rate, meat consumption is a leading cause of climate change. If more people transitioned to plant-based diets, or even reduced meat intake to some small degree, the effects of climate change would decrease exponentially.

The fact is, transitioning to a vegan, vegetarian, or reduced-meat diet is really, really challenging. And for those who love meat, the transition seems near impossible.

But what if carnivores could have their meat and eat it too?

So what is this burger actually made of, if not meat? Peas are the primary protein source and beet juice is used for color. There are a few other ingredients too, like sunflower oil, food starch, and citrus fruit extract. The exhaustive list of ingredients and nutrition information can be found here.

I first learned about this new burger brand after Leonardo DiCaprio publicly announced his endorsement and investment in Beyond Meat on Twitter. As one of my biggest environmental role models, I knew I had to give it a try.

During my lunch break, I took a short walk to Terri, a small, vegan health food chain that just began selling the Beyond Burger. When I opened the packaging, I noticed that it looked exactly like any other burger. Color, size, toppings, you name it, everything seemed to be identical. After the very first bite, I realized what all the hype was about. I actually had to continuously remind myself that I was eating a serving of vegetables and not cow. It was that similar. Don’t get me wrong, there were a few subtle differences, like a slightly softer consistency (though, that could be due to preparation) and a beet-flavored aftertaste. (Though I wouldn’t consider those to be cons, just differences.)

The only true con was its $12 price tag. But like I said, I went to a small, all-vegan health food chain in the financial district. There isn’t much in that area of NYC that I would consider affordable, but there are other, more reasonable options available. The Beyond Burger tagline reads, “The world’s first plant-based burger that looks, cooks, and satisfies so much like beef it’s in the meat section of grocery stores.” That’s right, Beyond Meat patties are also available in a variety of grocery stores, including Whole Foods, Wegmans, and Shaw’s, to name a few. That means you don’t need to spend an arm and a leg at your local, high-priced cafes and corner stores. See the full distribution list here.

Giving up meat at any capacity isn’t easy. It requires commitment and determination. But in a world where we’re all constantly threatened by climate change and its destructive impact, considering a new option certainly isn’t the worst idea. (Besides, who couldn’t use a few extra servings of veggies?)

It’s never too late to make a change and do something positive for the planet, animals, and people.